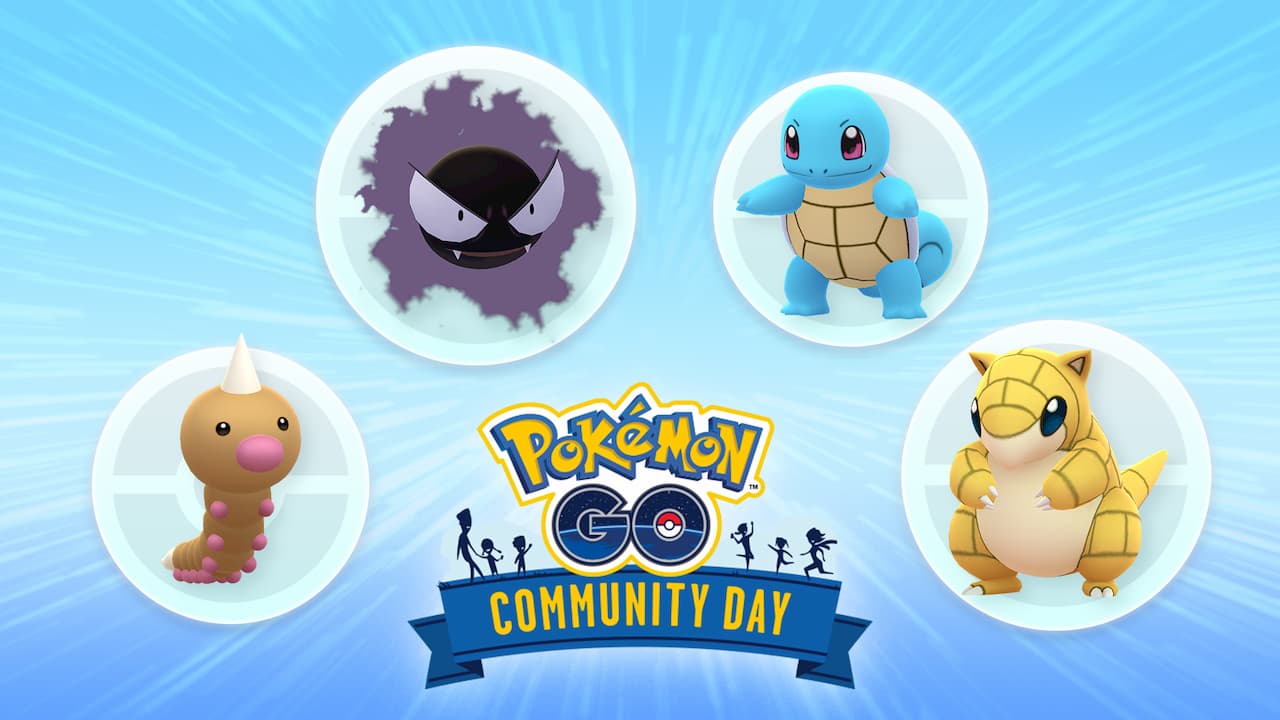 Community Day Voting is back with a few updates. The choices for June/July’s Community Day are Squirtle, Weedle, Sandshrew, and Gastly. The poll will be conducted via the official Twitter account (@PokemonGOApp) May 23, 6 pm PDT for 24 hours. The winner will be the the featured Pokémon for June Community Day and the runner-up will be featured during July Community Day.

Here are the exclusive attacks that would be featured for each Pokémon’s Community Day.

Squirtle: Evolve Wartortle (the evolved form of Squirtle) to get a Blastoise that knows the Fighting-type attack Aura Sphere. Currently an exclusive attack that only Lucario can learn, Aura Sphere will be particularly handy when Blastoise faces off against popular Steel-type Pokémon in the GO Battle League, such as Registeel.

Weedle: Evolve Kakuna (the evolved form of Weedle) to get a Beedrill that knows the Ground-type attack Drill Run. The unique type combination of Beedrill’s Bug and Poison types with the Ground-type Drill Run will be sure to inspire some innovative battle strategies.

Gastly: Evolve Haunter (the evolved form of Gastly) to get a Gengar that knows the Ghost-type attack Shadow Punch. Shadow Punch’s ability to charge up quickly will give Gengar a useful attack to trick your opponent into using their Protect Shields. This can leave you with an opening to pull off more powerful attacks later, like Shadow Ball!