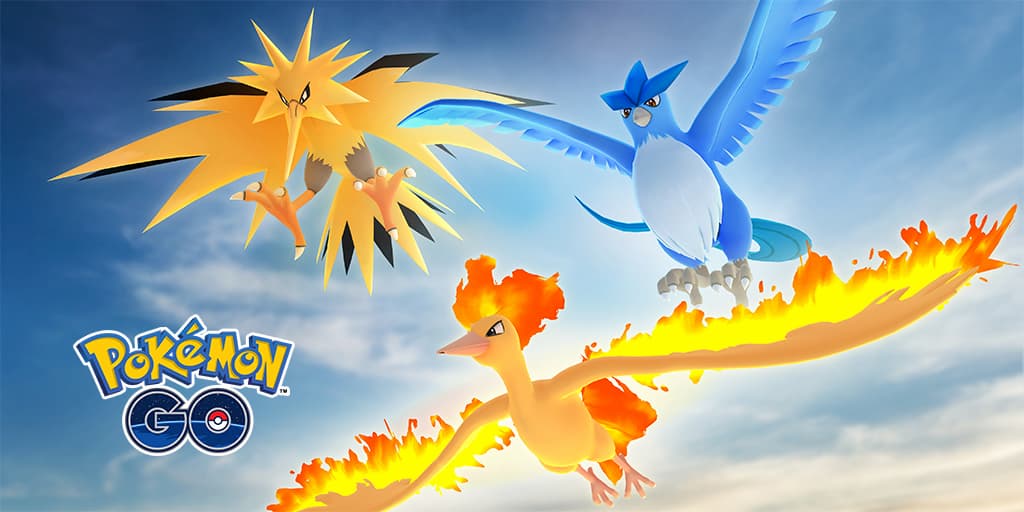 We’re closing out the Pokémon Day weekend festivities with a Kanto-themed Raid Day! Join us to celebrate some fan-favorite Pokémon as the Season of Celebration comes to an end.

Articuno, Zapdos, and Moltres are available in their shiny variants.