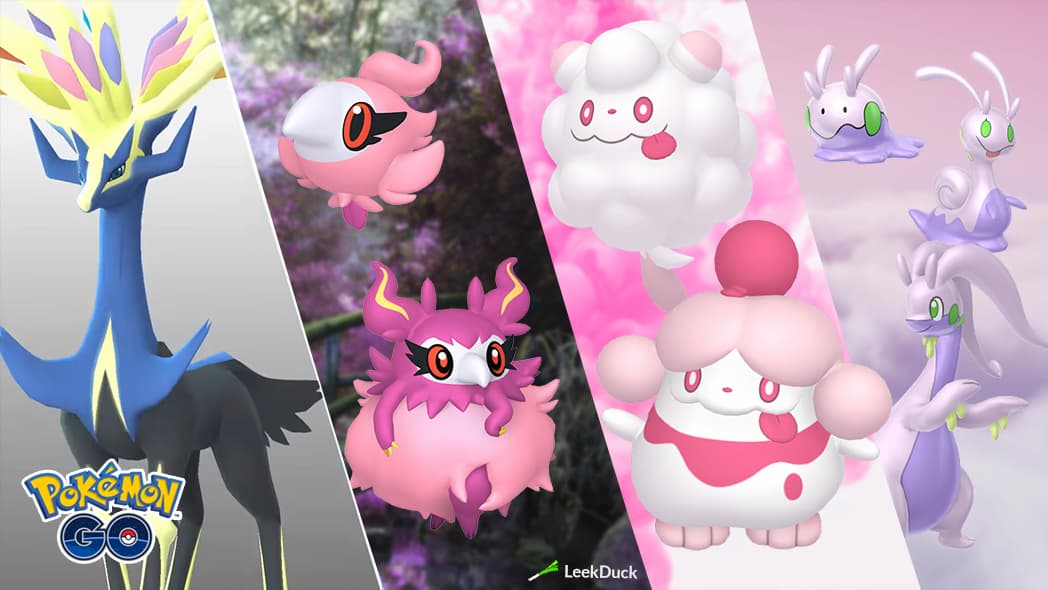 A legend will soon illuminate our world: Xerneas, the Life Pokémon, will make its Pokémon GO debut during the Luminous Legends X event! Some Dragon- and Fairy-type Pokémon originally discovered in the Kalos region will be coming along for the journey as well, such as Spritzee, Swirlix, and Goomy! A new item will also be coming to Pokémon GO—the Rainy Lure Module, which can be used to evolve Sliggoo (the Evolution of Goomy) into Goodra. You can also evolve Sliggoo when the in-game weather is rainy.

They are currently counting the progress being made toward 500 million Fairy-type Pokémon caught but there isn’t an active counter in the Today view.

Spritzee, Swirlix, and Goomy will be making their Pokémon GO debuts! Spritzee and Swirlix will be appearing more frequently in the wild alongside other Dragon- and Fairy-type Pokémon, like Dratini, Ralts, Bagon, Cottonee, and more. If you’re extremely lucky, you might find a Goomy in the wild!

Dragon- and Fairy-type Pokémon in the wild

If Trainers worldwide can work together to catch 500 million Fairy-type Pokémon in total, Shiny Galarian Ponyta will be released.