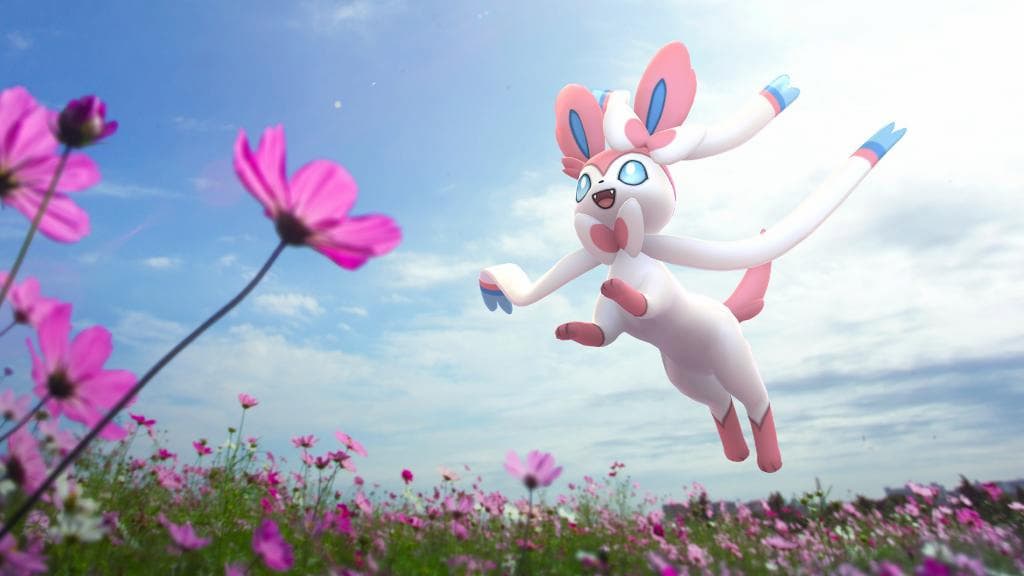 During the second week of Luminous Legends Y, the focus will shift to Fairy-type Pokémon and Eevee. Why, exactly?

Because Sylveon will be making its Pokémon GO debut! The Intertwining Pokémon is an Evolution of Eevee first discovered in the Kalos region. There’s a Galarian fairy tale that describes a beautiful Sylveon vanquishing a dreadful dragon Pokémon—making Sylveon the perfect Pokémon to appear at the end of this dark-themed event. Look forward to this Fairy-type vanquisher of darkness, dread, and dragons during Part 2 of Luminous Legends Y!

Eevee, Ralts, Spritzee, Swirlix, and others will be appearing more often in the wild, alongside some of the Dark-type Pokémon featured in Part 1 of the event.

Sylveon will be making its Pokémon GO debut! Evolve Eevee into Sylveon by earning hearts when it’s your buddy.