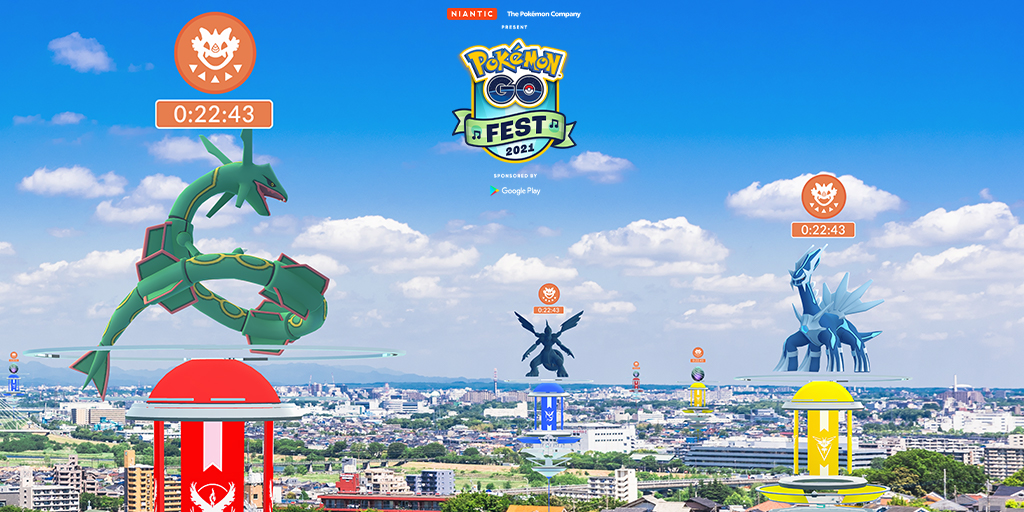 We’ve received reports that every Legendary Pokémon discovered in Pokémon GO so far will be appearing in five-star raids during Pokémon GO Fest 2021! Strange, right? This sort of thing hasn’t happened in the world of Pokémon GO before, so we’re just as puzzled as you are. Hopefully we’ll get some answers during the event as to why this is happening.

Please note that it might be challenging to battle and catch every Legendary Pokémon in the allotted time frame, so plan accordingly!

These bonuses are available BOTH days for all Trainers.

Up to 6 Special Trades per Day *

Features for all Trainers on Sunday, July 18:

Features for everyone on BOTH days:

Features for ticket holders on BOTH Days:

All Pokémon appearing more frequently in the wild on Saturday will be appearing again on Sunday during event hours.

If you want a perfect CP reference, visit my Current Raid Boss page.

Mythical Pokémon will not be appearing in five-star raids.

Note that Unown G was already previously released Shiny but I’ve included it here for clarity.