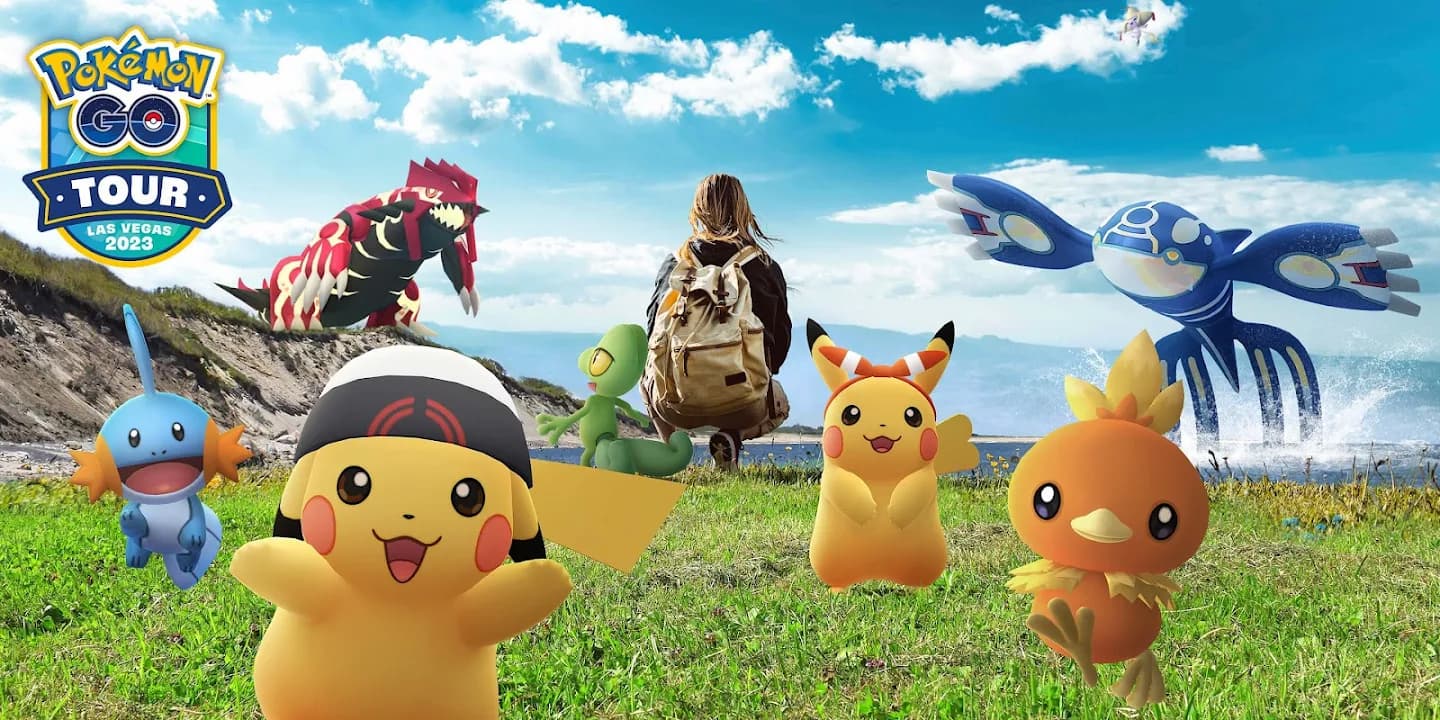 You can find details on the Global event here.

Pokémon Ruby and Pokémon Sapphire are the third generation of Pokémon games, released on the Game Boy Advance. Trainers first encountered the Legendary Pokémon Kyogre and Groudon in these games!

Trainers who attend either event will be able to choose between a Ruby ticket or a Sapphire ticket. This choice will give you different options for your adventure—we’ll release more information later to help you make your decision!

You can purchase tickets now to take advantage of a special early bird discount! Offer ends on Saturday, December 31, 2022.

Tickets for Pokémon GO Tour: Hoenn at Las Vegas are sold out!

As the earth and sea clash, which side will you stand with? All Trainers will be able to pick between a Ruby and Sapphire badge. The team you pick will shape certain in-person Pokémon encounters!

Each hour, you can complete special Field Research on behalf of your team. Depending on which team completes more Field Research, all Trainers will see increased Primal Raids for either Primal Kyogre (Sapphire) or Primal Groudon (Ruby)—plus an increased chance of encountering additional wild Pokémon!

The badge Trainers pick at Pokémon GO Tour: Hoenn – Las Vegas will carry over to the global event the following weekend. 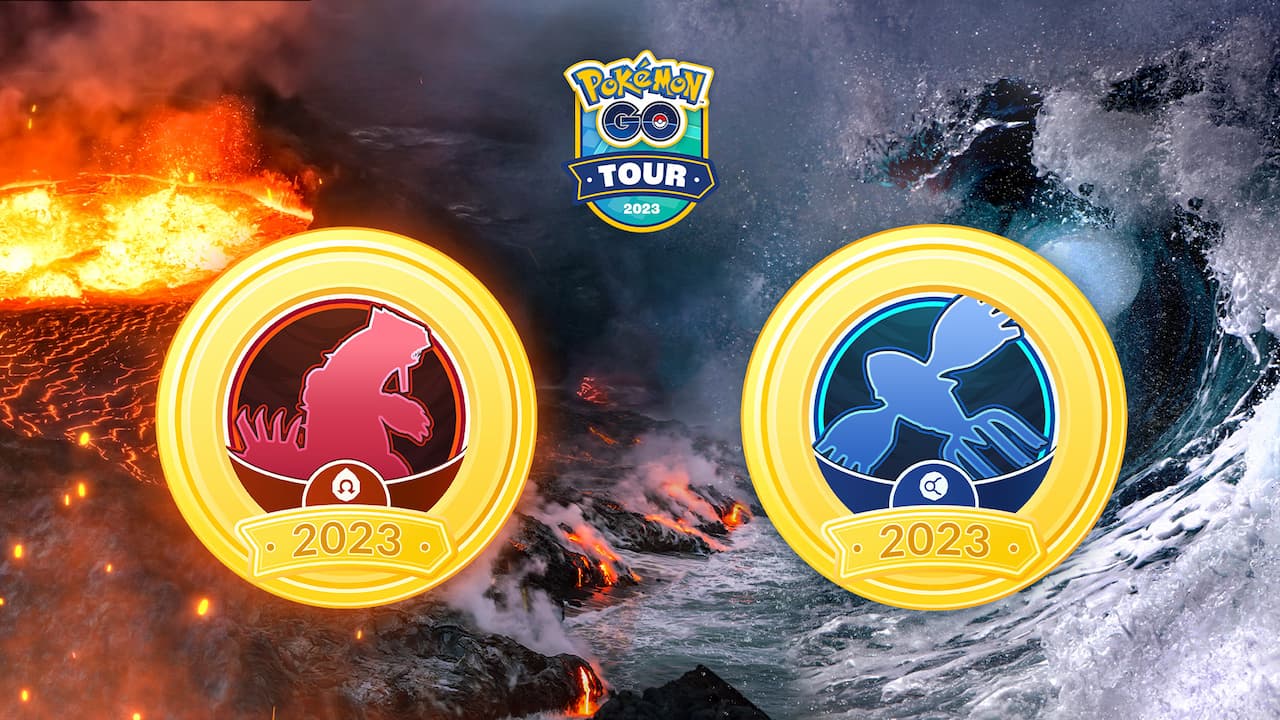 Groudon and Kyogre are surfacing, bringing the might of the earth and the sea with them.

Experience the power of Primal Reversion for the first time in Pokémon GO at Pokémon GO Tour: Hoenn! 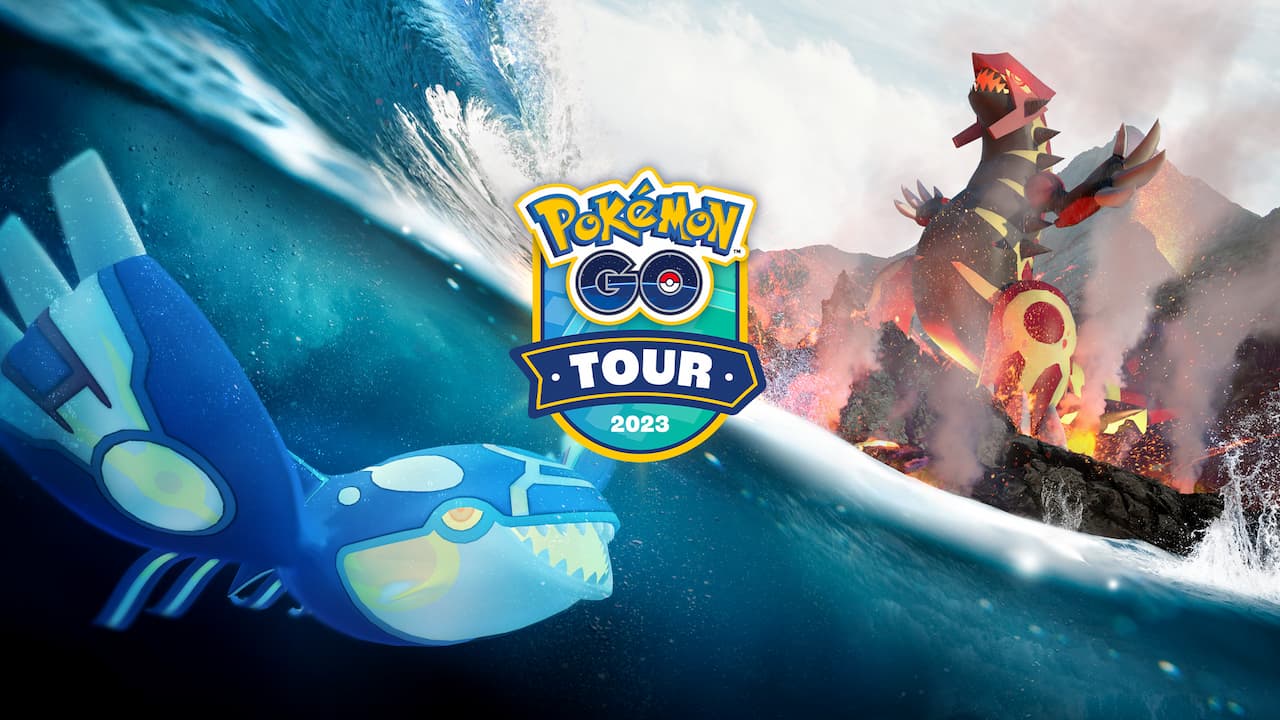 New data is coming in that has Professor Willow stumped—it looks like Trainers taking part in Pokémon GO Tour: Hoenn – Las Vegas* will have an increased chance of encountering Shiny Pokémon originally discovered in the Hoenn region!

* Ticket-holding Trainers at the in-person event in Las Vegas may have increased luck in encountering Shiny Pokémon. Shiny Pokémon are not guaranteed by purchasing a ticket.

Trainers! New data has continued to emerge, and we have learned that lucky Trainers attending Pokémon GO Tour: Hoenn – Las Vegas will have the first opportunity to encounter Shiny Kecleon!

As a reminder, ticket-holding Trainers in Las Vegas will also have an increased chance of encountering Shiny Pokémon originally discovered in the Hoenn region!*

Ticket-holding Trainers at the in-person event in Las Vegas may have increased luck in encountering Shiny Pokémon. Shiny Pokémon are not guaranteed by purchasing a ticket. 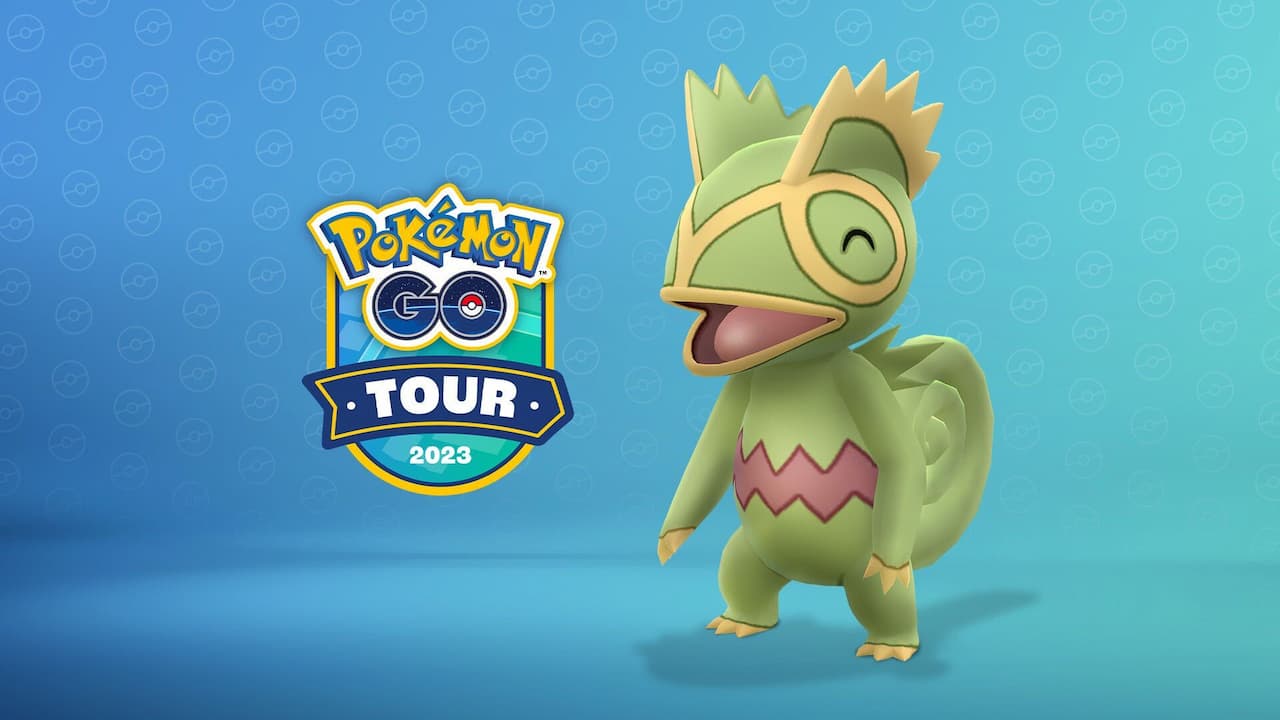 Secret codes will be hidden throughout Sunset Park. Find them to earn the chance for encounters with Legendary Pokémon. 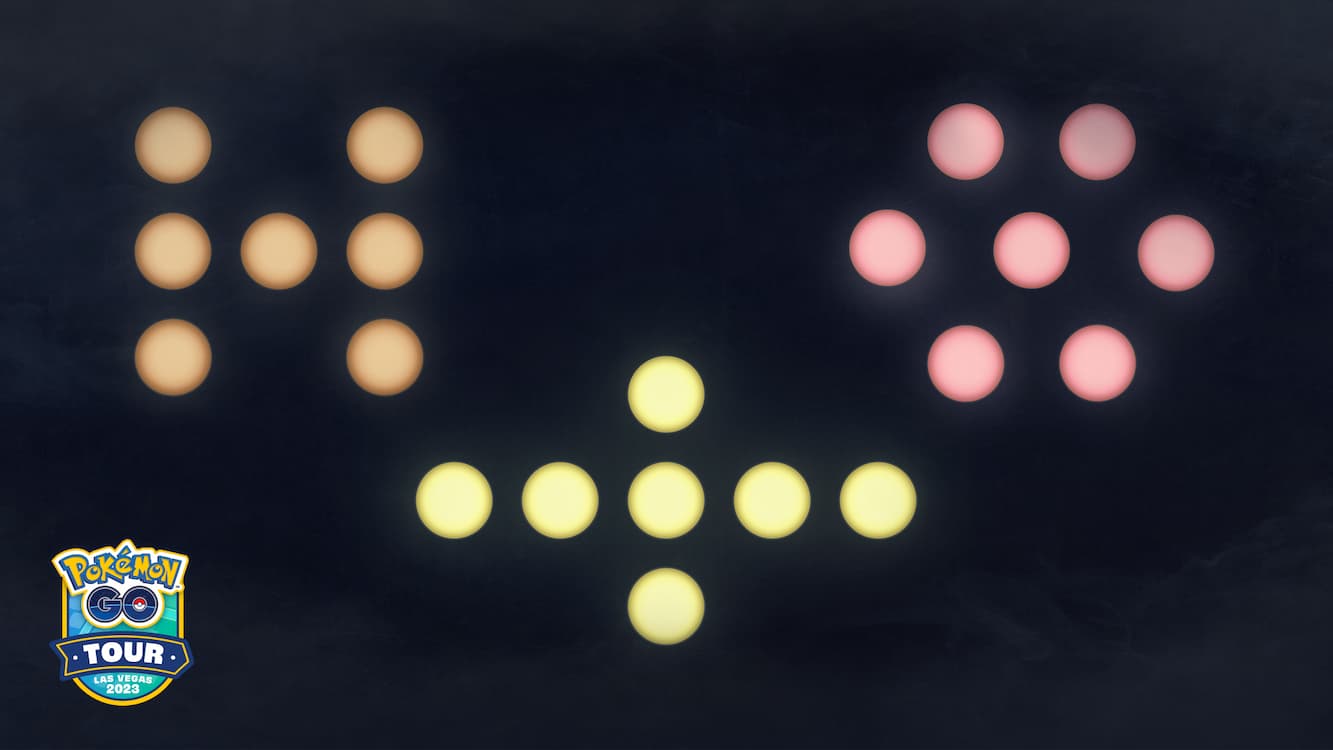 Take a snapshot during the event for a surprise! 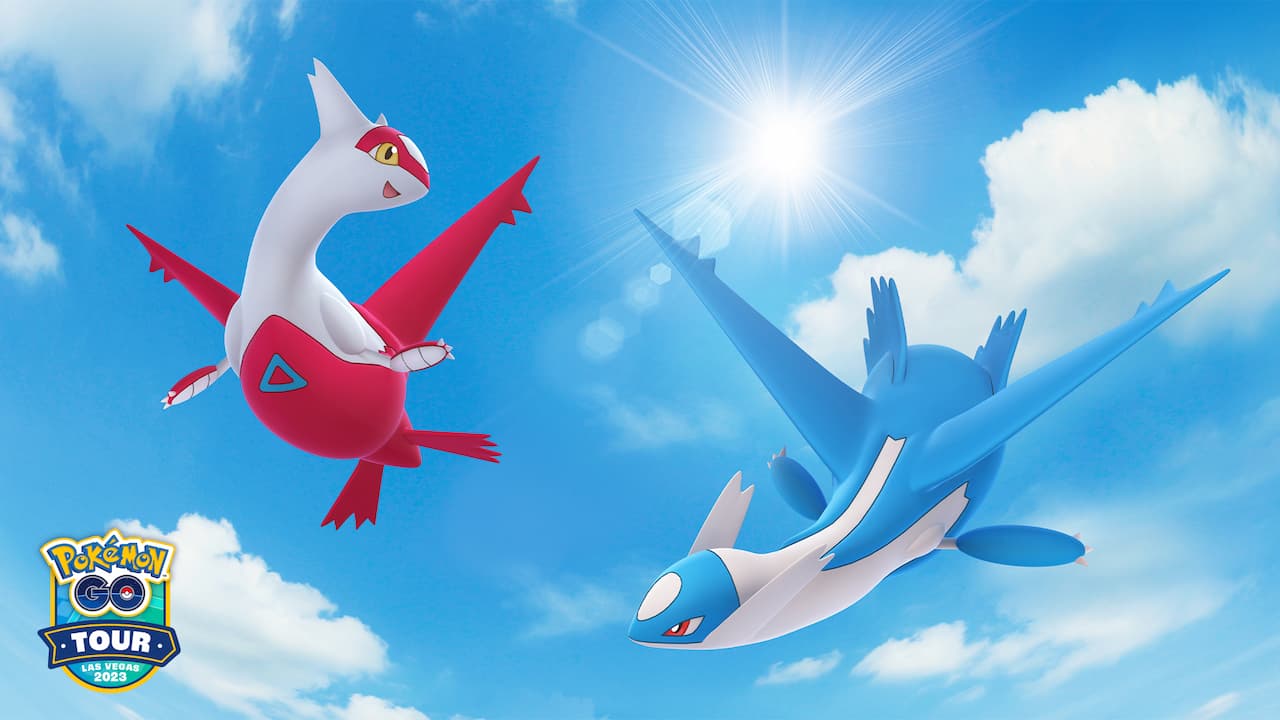 Take snapshots during the event—you may see surprise appearances from Treecko, Torchic, and Mudkip, the first partner Pokémon of the Hoenn region! 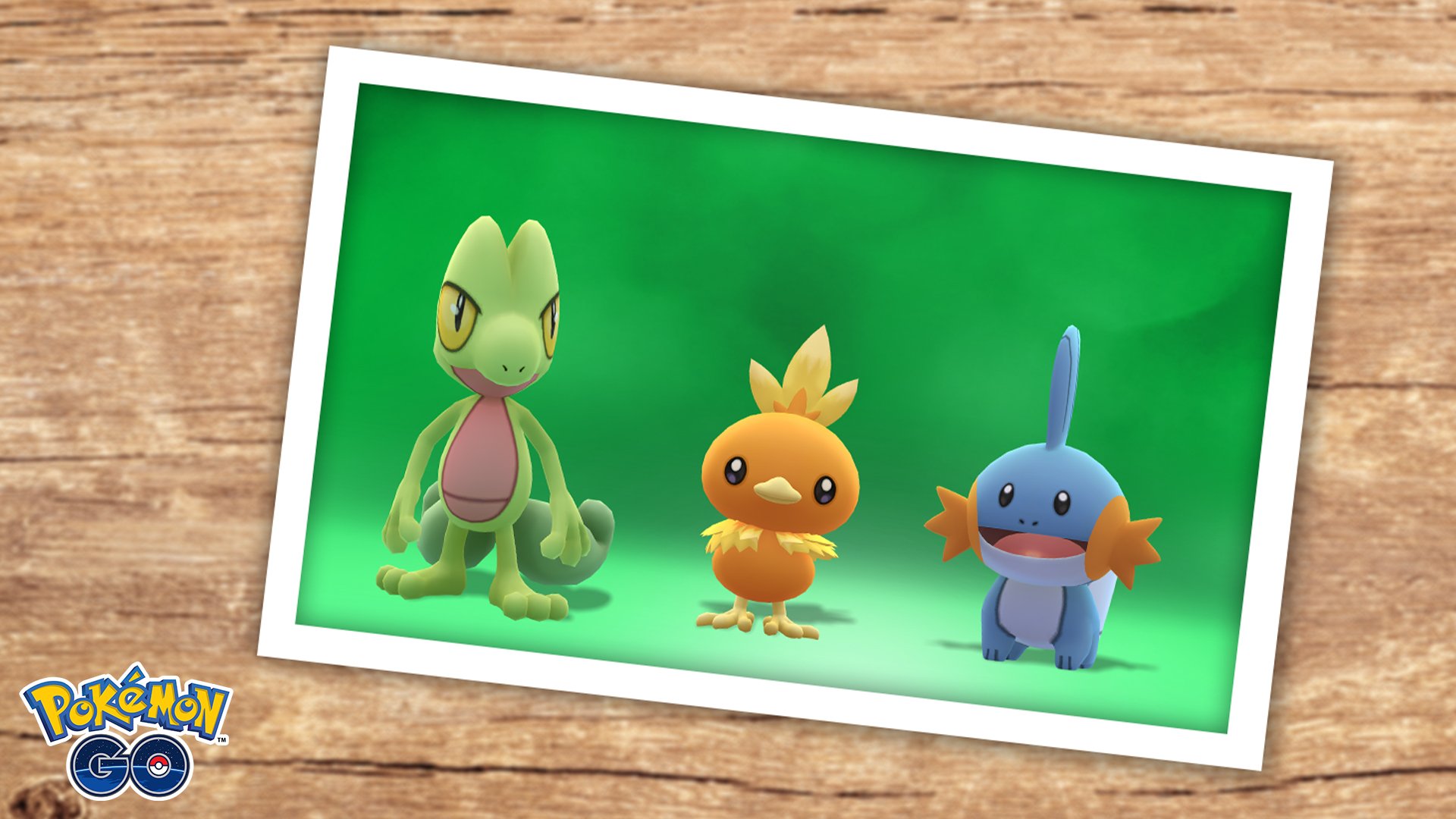 Purchase a ticket before February 10, 2023 to unlock exclusive Timed Research that will help you get ready for Pokémon GO Tour: Hoenn – Las Vegas.

To help you prepare for your Hoenn adventure, the maximum capacity of your Pokémon Storage and Item Bag will be increased ahead of Pokémon GO Tour: Hoenn – Las Vegas! You can purchase Item Bag and Pokémon Storage expansions from the in-game shop.

You can look forward to new pieces of featured music inspired by Pokémon Ruby and Pokémon Sapphire. These pieces were created by Junichi Masuda, Pokémon video game series composer and Chief Creative Fellow of The Pokémon Company!

Up to six Special Trades daily within the park

1/2 Stardust Cost for trades within the park

In addition to our live events, we’re offering Trainers the chance to enhance their event experience with optional add-ons. Ticket add-ons are active for both days of Pokémon GO Tour: Hoenn – Las Vegas—Saturday and Sunday. Trainers with the ticket add-ons will be able to take advantage of the bonuses even on the day they aren’t in the park.

Enjoy two days of adventure in Sunset Park in Las Vegas, Nevada! After selecting either a Saturday or Sunday ticket, Trainers can purchase an add-on for the other day to make the most of their time.

Trainers will have access to all the bonuses listed under General Bonuses (first list above) on both days. Take note of these features if you’re purchasing this add-on:

Restrictions for the Saturday/Sunday add-ons apply. Trainers will only receive the following ticketed event features once.

Special Pokémon will appear in unique habitats during the event!

As teams compete in the Ruby vs. Sapphire Challenge, certain additional Pokémon will appear in the wild based on hourly results. Complete Field Research on behalf of your team to increase your chance of encountering these Pokémon!

These are the wild encounters that will appear in the wild for Trainers on Team Kyogre.

These are the wild encounters that will appear in the wild for Trainers on Team Groudon.

New costumed Pokémon will appear during the event!

The following Pokémon will be hatching from Eggs during the event!

The following Pokémon will appear in Raids!

Collect Mega Energy and catch Ghost-type Pokémon with new Field Research tasks! Trainers with a ticket will have a boosted chance of receiving this research.

Wishes can come true—just ask Jirachi! Ticket-holding Trainers in Las Vegas will be able to access Masterwork Research* and have the first chance to encounter Shiny Jirachi!

Timed Research: GO for a Spin 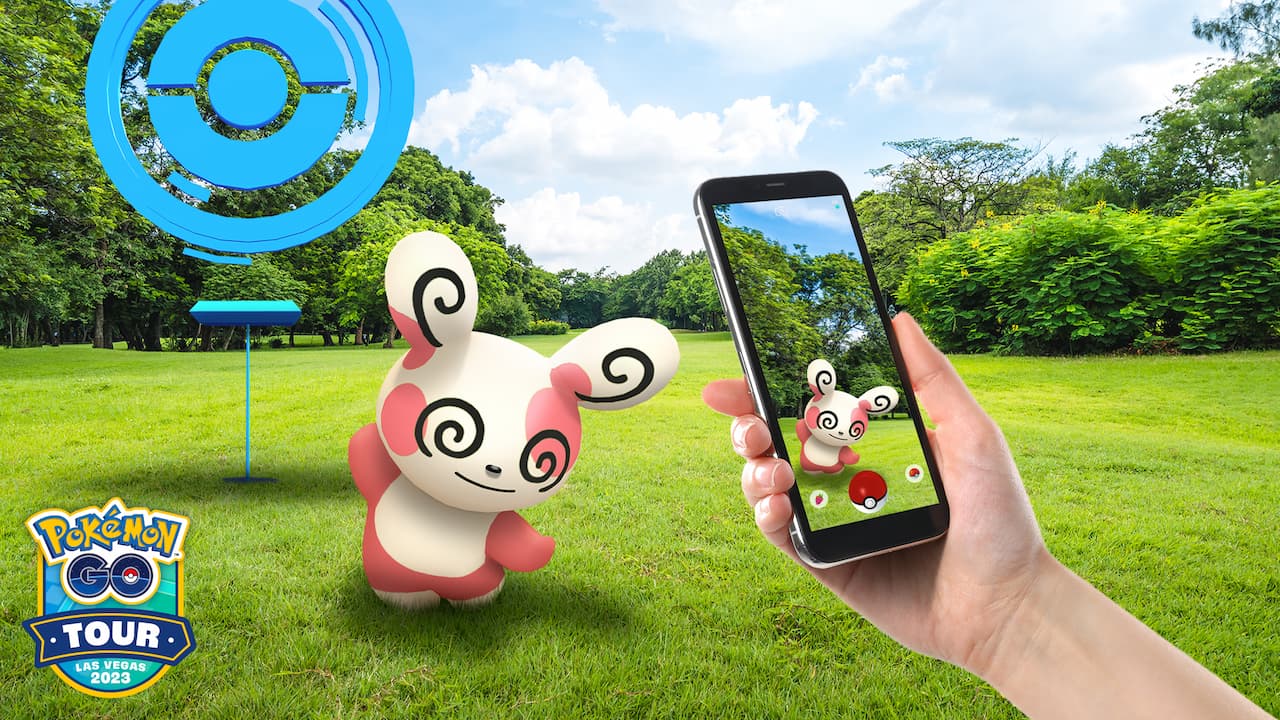 Shiny Primal Kyogre and Primal Groudon will also become available with their release in Primal Raids.