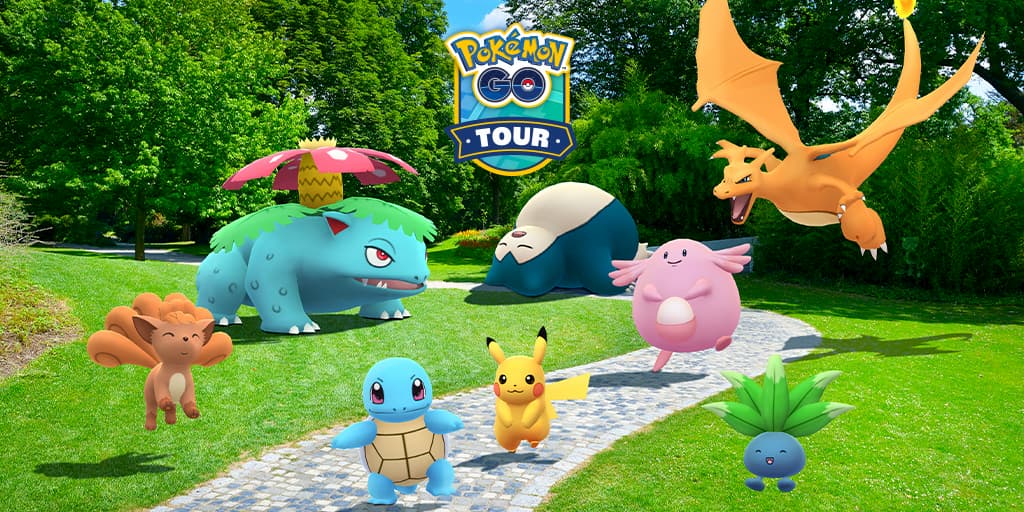 Next year marks both Pokémon’s anniversary and Pokémon GO’s fifth anniversary! To celebrate, we’re excited to announce a virtual, ticketed event that Trainers all around the globe will be able to take part in.

No matter where you are in the world, take a trip back to the region where it all started: Kanto.

Up to 9 free daily raid passes from Gym Stops*

Up to 5 Special Trades

*This bonus is only for Ticket holders

Features for All Trainers:

You can only get photobombed once.

Appearing rarely in the wild during all Hours

Pokémon from all previous hours

(I’m not going to relist them here…)

Based on your choice between Red and Green during the event, you’ll see different Pokémon from Incense and have increased chance of encountering certain shiny Pokémon.

These Pokémon will appear as reward encounters from the GO Tour: Kanto Special Research tasks.

These Pokémon will have increased chance of being Shiny depending on your choice.