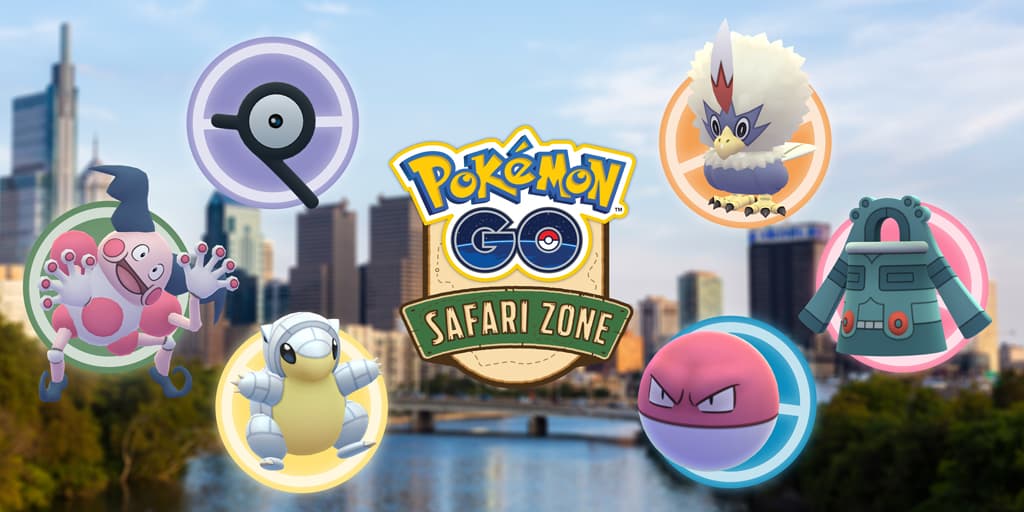 This Event has been postponed. Get the full details here.

We’re excited to announce the details of the upcoming Safari Zone Philadelphia event happening in Fairmount Park in Philadelphia, Pennsylvania, from Friday, May 8, to Sunday, May 10, 2020.

The City Explorer Pass is available to purchase alongside Safari Zone tickets for those who want to get up and GO for the full event weekend. The City Explorer Pass will be $8, plus taxes and fees, and will be available for purchase only along with a Safari Zone ticket. It cannot be purchased after a ticket order is complete and is not eligible for refunds or transfers.

The Official announcement can be found here.

Bonuses only available with the City Explorer Pass during the event within the city.

Features only available with the City Explorer Pass.

In the park, Trainers can encounter the regional Pokémon Mr. Mime, a Pokémon typically only available in Europe. Most of the other Pokémon in the park are red, white, or blue in color.

Rufflet will be available worldwide before this event starts.

Appearing in the Park